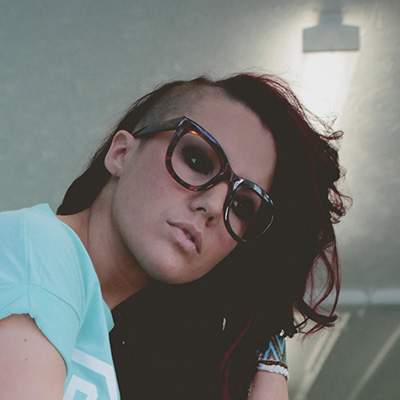 Canadian couples have a truly wonderful opportunity to showcase their cultural traditions on their wedding day and Canada is truly a country of immigrants. Out of all the G8 countries, Canada has the highest percentage of foreign-born citizens and it welcomes hundreds of thousands of new immigrants every year. It’s a society of mixed languages, cultures and faiths. It’s what we love most about our country!

Weddings can be very unique expressions of cultural traditions due to the vast array of traditions and rituals that Canada’s immigrants bring from their homelands. Of course, you may have fallen in love with someone of differing cultural backgrounds. That creates a fantastic opportunity to incorporate traditions from both sides, and to bring extended family and friends together during your wedding celebration!

Ukrainian weddings are traditionally a three day celebration. Blahoslovennya or ‘blessing’ starts off festivities before the couple leave for the church.

The Crowning is the pinnacle of the ceremony where the bride and groom put their right hands on the bible and say their vows. As they do so crowns are placed or held above the heads of the couple by their bridal party, symbolizing them as the king and queen of their own small family kingdom together. In western Ukraine wreaths are often used instead of crowns.

At the evening celebrations the Kolomeyka, a lively Ukrainian toe-tapping dance featuring leaping, kicking, and spinning will be performed by dancers, and after a while the bride and groom will join in, along with their guests.

Around midnight at the wedding reception, the Perekuska, a midnight snack, is provided to all guests. It is a savoury assortment of dishes served buffet-style, including sauerkraut, potatoes, sausage and cabbage, all served alongside hearty fresh bread, usually rye.

The Popravyny is held the day after the wedding party, and hosted by the bride’s parents as a lunch with traditional Ukrainian foods. This enables friends and family to meet the bride and groom as a newly wedded couple.

People from the Sikh religion in the Punjab, North India, focus around the main ceremony for their wedding ritual. The bride and groom bow in front of the Guru Granth, a holy scripture. While they do the guests will sing hymns, seeking God’s blessing for the couple. The holy official will read them their marital rites as they walk around the Guru Granth a total of four times while also bowing four times in honour of the scripture.

There are many traditions adhered to, such as particular colours to avoid, and different types of gift that are acceptable.

A Sikh evening reception is much like any other in the West, with food, dancing, and lots of people invited to the reception, causing it to be a very busy, crowded affair.

Filipinos are renowned for their happy disposition and lively family life. As such, weddings are seen as a great celebration for all of the family, friends and wider community. The Philippines is a Catholic country, and so all weddings take place in a Catholic church.

Parents, grandparents, and close friends will take part in the ceremony to give honours, and this can reach up to 50 people in total.

The couple’s godparents, interestingly, play a leading role as sponsor to witness and stand with the couple during the ceremony. Other sponsors join for the rituals of the coin, candle, veil and cord during the ceremony.
The evening reception is fun, highlighted by food, drinking and dancing.

Chinese weddings are highlighted by their tea ceremony. The bride and groom serve tea to the elder members of their family out of respect on the morning of the wedding day. Even the order at which the tea is served is respected: first to the parents, then grandparents, uncles, aunts, brothers and sisters, and finally, to the cousins. Gifts are then given to the happy couple, usually lucky money or jewellery.

The Chinese wedding dress is called the ‘Cheongsam’. They are red for good luck and are believed to keep evil spirits away.

For the wedding feast after the ceremony, the groom will provide a roast suckling pig served as part of a set course meal with a variety of dishes including chicken, lobster and quail.

Wedding traditions in the Middle East vary from country to country. Furthermore, each state and region has different rituals and customs.

In general, for a Muslim wedding, the Mahar Party is the place where the couple will receive their marriage contract to sign in front of an official or Imam at a courthouse. They will then head back to a family member’s house for food and celebrations with family and friends.

The Henna Party is usually hosted for the bride the day before the wedding and lasts well into the night. On the wedding day a celebration will be held in a hall with family and friends gathering to eat and have entertainment.

Similar to the Chinese, people from the Middle East tend to give money as gifts to help pay for the wedding.

Latin America is predominantly a Catholic region, so the majority of weddings take place in a Catholic church.

Many countries in the region observe the ‘La Pedida’, which is a custom requiring that the aspiring groom obtain the father of the bride’s approval. Once approved by the head of the bride’s household the couple are able to set the date.

Madrinas y Padrinos are mentors selected by the bride and groom. They will act as witness for the union and some help towards the costs of the wedding.

‘El Lazo’ is a tied rope placed around the necks of the bride and groom in a figure of eight to symbolize their connected future together. They are often made of ribbon, but can be made from a whole range of materials and jewels.

This is just a small sampling of the kinds of customs you might see the next time you go to a Canadian wedding with many other cultures like Italian, Greek and other Eurpean traditions all at play. The wide variation in cultural traditions is one of the best things about living in Canada!

What to Look for in a Wedding Catering Service

END_OF_DOCUMENT_TOKEN_TO_BE_REPLACED

10 Reasons Couples Are Getting Married During the Pandemic

Over the last year, weddings have been disrupted by COVID-19, but marriages have not. There are many reasons, both legal and personal, that couples have opted to get married during the pandemic.Why we're still getting married during a pandemic...1. Becoming Citizens...

END_OF_DOCUMENT_TOKEN_TO_BE_REPLACED

From the minute you start planning your wedding there are so many details to keep track of and specifics to nail down. From narrowing down the guest list to choosing what kind of flowers to use, the decisions can all feel so overwhelming. One decision that shouldn’t...