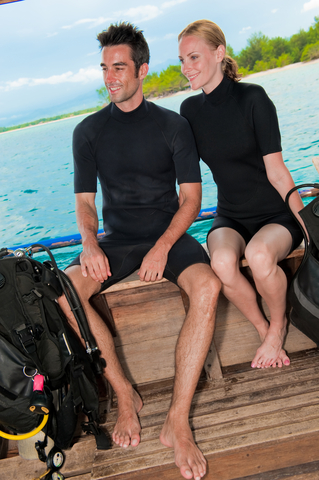 Summers are the season that we Canadians live for – it’s our reward for enduring the cold winter, and the often messy melting season of spring. And as long as snow isn’t a must have for you, it is the very best time of year for a honeymoon in Canada.

Here are some of our top picks for Canadian summer honeymoon destinations.

Destination: Whale Watching on the Coast

There’s a certain romance to seeing whales out in their natural habitat – roaming free as they were born to do. And the rush of excitement you’ll get when you see them leap out of the sea, tails making a dramatic slap as they re-enter the water, is best shared with someone you love.

Popular destinations for whale watching in Canada include the west coast of British Columbia or on the east coast in either Newfoundland, New Brunswick, Nova Scotia, or Quebec. Once you decide where you’ll be whale watching, you’ll have to decide what kind of boat to book. There are fast raft-style boats where you ride really fast and low in the water, that give you the chance of an up-close-and-personal encounter with these majestic creatures. Or, if you prefer something a bit more tame, go with a large catamaran where you won’t go as fast, and will sit higher up above the sea.

Did you know that Prince Edward Island is home to 10 out of the top 100 golf course in Canada? That’s not bad for a tiny little island in the Atlantic, is it? So if you and your mate love to golf, what better choice than P.E.I., where 80% of people who golf there end up returning to do it again? You won’t have to worry about variety either – courses are located everywhere from seaside, to pine forest, riverside, to inner city. And you can choose from an easy 9 hole all the way to an ultra long 27 hole course.

There is just something about the french when it comes to all things romantic. And the french city of Montreal is a perfect honeymoon destination even without the jazz festival, which is merely icing on the cake. In 2004, the Montreal Jazz Festival was named the largest jazz festival in world by the Guinness Book of World Records. It’s held every single summer during late June/early July and is known for featuring living legends in jazz, blues and soul music. The best part is that most of the shows are absolutely free.

Yes, you read that right – you can snorkel with the whales. Churchill is a small town in northern Manitoba that is best known for it’s polar bears. But in summer, things warm up a bit, and thousands of beluga whales gather at the mouth of the Churchill river to feed. These gentle giants are up to 5 meters long, and make memorable snorkeling companions. If you plan on a trip to Churchill, be sure to book your transportation well in advance – there are only 2 ways to get there, either by rail, or plane.

Destination: Rock the Cowboy Lifestyle at the Calgary Stampede

The Calgary Stampede is an extremely popular event in the friendly city of Calgary, Alberta. There is a huge variety of events, including the popular rodeo, concerts (which in the past have featured the likes of Katy Perry and Alan Jackson), amusement park rides, and fireworks. And don’t forget, that if you want to trade the stampede scene for something a bit more sophisticated, there is an endless supply of fine dining and accommodations options in Calgary.

Summer Honeymoon Destinations for Everyone

Living in a country as vast and diverse as Canada, there is bound to be somewhere that will suit you perfectly for your honeymoon. As you can see from the examples above, there is an extremely diverse range of options!